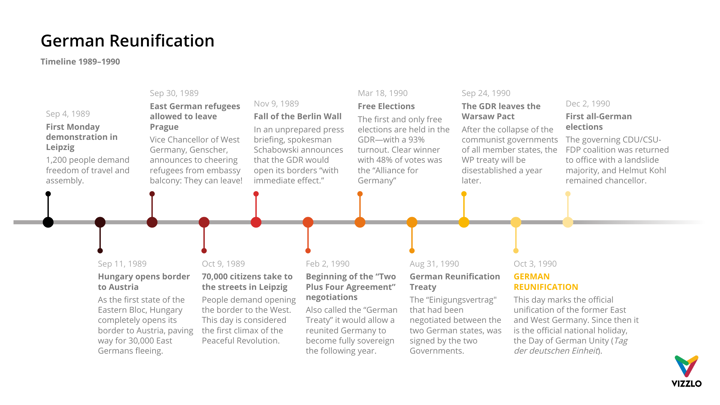 The German Unity Day on 3 October commemorates the anniversary of German reunification in 1990 when the reunification was formally completed. It marks the end of a series of events that began in September 1989, when in several east German cities people came together for the so called Monday demonstrations.

On October 9, 1989, the attention turned to Leipzig after protests around the 40th anniversary celebrations of the GDR on October 7 were met with a forceful response by the state. Seeing it as decision day, the State amassed 8000 police and armed military units with the intent of preventing any demonstrations.

Expectations and preparations of the state were greatly exceeded as more than 70,000 protesters (out of the city’s population of 500,000) assembled. The most famous chant became “Wir sind das Volk!” (“We are the people!”), reminding the leaders of the GDR that a democratic republic has to be ruled by the people, not by an undemocratic party claiming to represent them. The next week, in Leipzig 120,000 demonstrators turned up, with military units again being held on stand-by in the vicinity and the week after, the number more than doubled to 320,000.

The “Peaceful revolution” and other key events eventually led to the fall of the Berlin Wall on 9 November 1989, marking the imminent end of the socialist GDR regime. 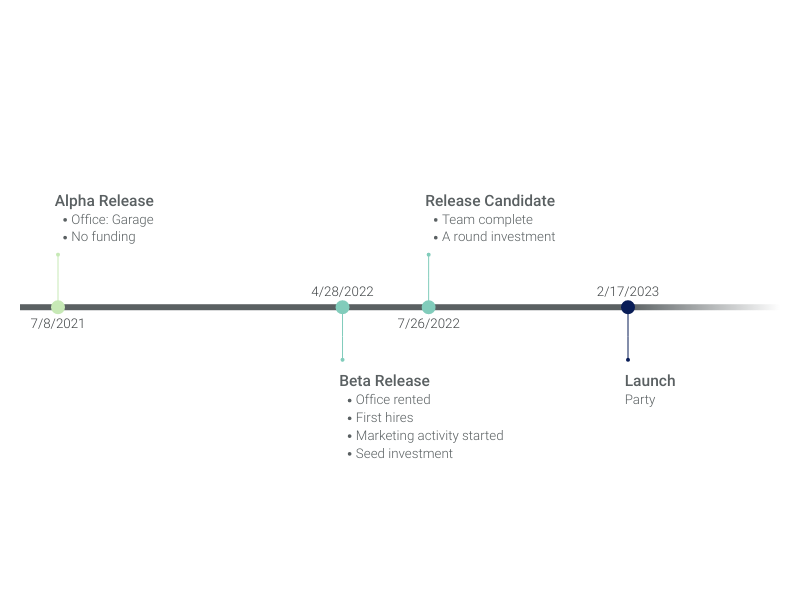 This is an example of Vizzlo's “Timeline Chart”

Efficient project planning and scheduling with impressive timelines with just a few clicks.