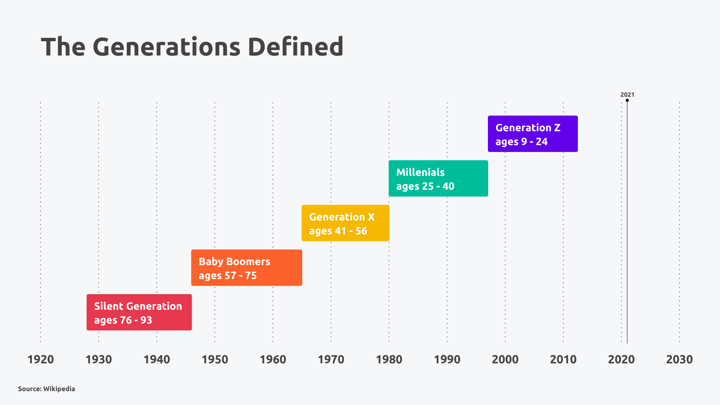 The 20th century was a period of dramatic economic, social and cultural changes. The world was very different from 1900 because also the mindsets of the people had changed. Depending on when and under which circumstances they were born.

The Silent Generation is defined as people born from 1928 to 1945. They were children of the Great Depression and World War II, whose parents have faced great economic hardship and struggled to provide for their families.

After the war began the golden years of the Baby boomers. In the West, boomers’ childhoods in the 1950s and 1960s saw significant reforms in education, paired with strong economic growth; they were the driving force in the “cultural revolution” of the 1960s and 1970s. These social changes had an important impact on the perceptions of the boomers, as well as society’s increasingly common tendency to define the world in terms of generations, which was a relatively new phenomenon.

The generation following the cohort of baby boomers is called Generation X. With the ongoing social change, more and more women became part of the workforce, before the widespread availability of childcare options outside the home. As children in the 1970s and 1980s, Gen Xers were sometimes called the “latchkey generation”, as adolescents and young adults in the 1980s and 1990s the “MTV Generation”.

The Millennials, also known as Generation Y is generally marked by elevated usage of and familiarity with the Internet, mobile devices, and social media. Between the 1990s and the 2010s, people from the developing world became increasingly well educated, a factor that boosted economic growth in these countries. On the other hand, the economic pressure increased: economic growth and youth unemployment are negatively correlated, meaning young workers face harder times than their elders during a recession.

As the first social generation to have grown up with access to the Internet and portable digital technology from a young age, members of Generation Z have been dubbed “digital natives”. Compared to previous generations, members of Generation Z in some developed nations tend to be well-behaved, abstemious, and risk-averse. They tend to live more slowly than their predecessors when they were their age. 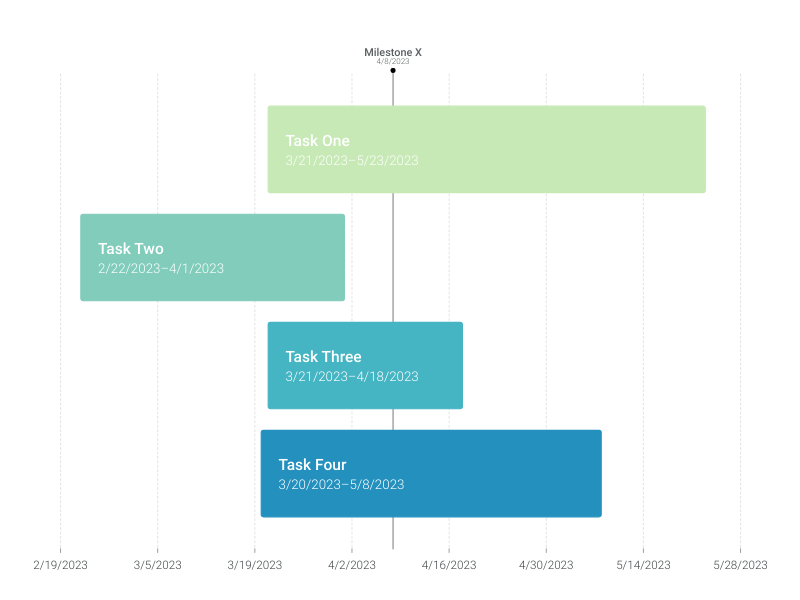 This is an example of Vizzlo's “Simple Gantt”