The World’s Most Valuable Soccer Teams 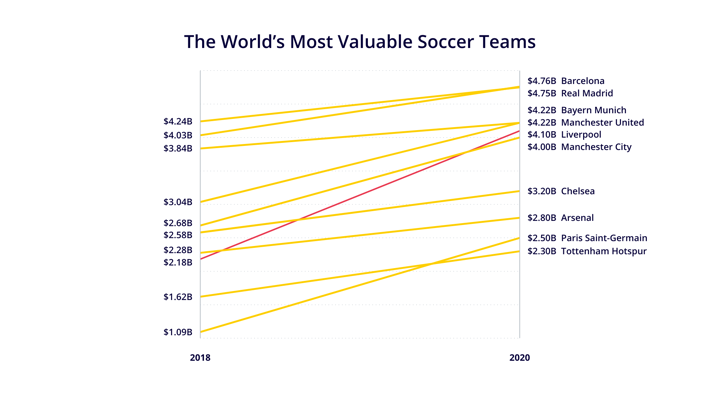 Football has recently attracted attention following the announcement of the creation of the European Super League on 18 April. 12 clubs announced a top international league that you can’t be relegated from, where a club gets €250 million in entry fees. The founding members were assured that they could not be relegated from the competition. Reactions from fans, national and international federations were fierce, and days later the project seemed dead after several clubs canceled their participation.

The press release on the establishment of the European Super League stated, among other things: “The formation of the Super League comes at a time when the global pandemic has accelerated the instability in the existing European football economic model. … The pandemic has shown that a strategic vision and a sustainable commercial approach are required to enhance value and support for the benefit of the entire European football pyramid.”

Recently Forbes published its list of the world’s 20 most valuable soccer teams. On average, each of the top 20 clubs is worth $2.28 billion, a 30% increase from two years ago when Forbes last published the rankings. The top 20 includes, unsurprisingly, all 12 clubs that announced the formation of the European Super League. Since 2018, Liverpool has seen the largest relative increase, from $2.18 billion to $4.10 billion.

Football, as the Forbes article could be understood, seems to be little affected by the pandemic economically, but the fans, who would like to see their stars in the stadium again, are.

Learn how to create a slopegraph in our help center 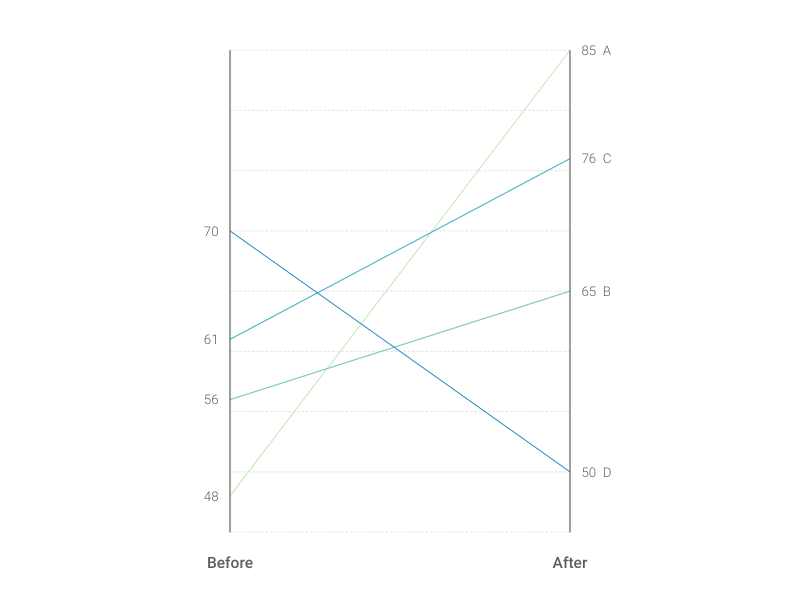 Visualize a before and after story with a focus on slopes.