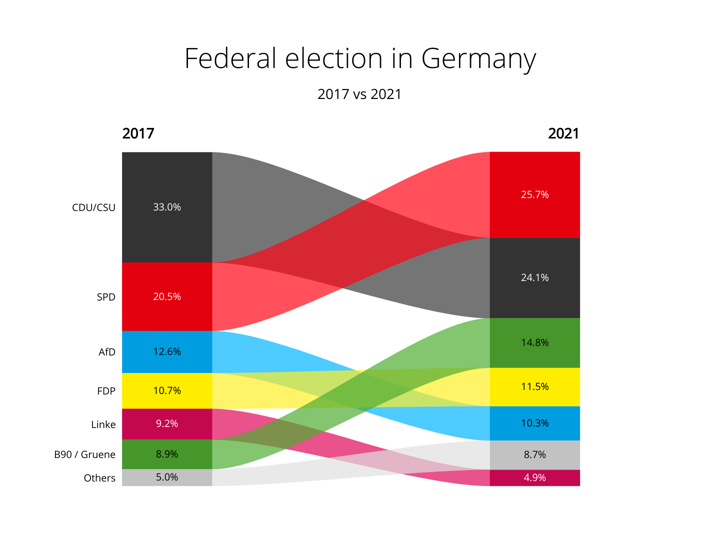 Tables have turned after the German federal election for the 20th Bundestag held on 26 September 2021—but have they really?

The Social Democrats of outgoing finance minister and Vice Chancellor Olaf Scholz are the biggest party, but with only 206 seats they are far short of a majority of the 735 seats in parliament.

Scholz wants to build a coalition with the Greens and Free Democrats, known in Germany as a “traffic light” coalition after the parties’ colors of red, green, and yellow. The Union bloc under Armin Laschet, could also form a government with those two parties which would then be labeled a “Jamaica” coalition because the party colors of black, green and yellow reflect that country’s flag.

In 2017, it took nearly six months to form a government, after all attempts to form an alternative alliance collapsed. So, even with the large shake-ups in the numbers, there’s only one thing the German voters can be sure of right now: That another Grand coalition still cannot be ruled out. 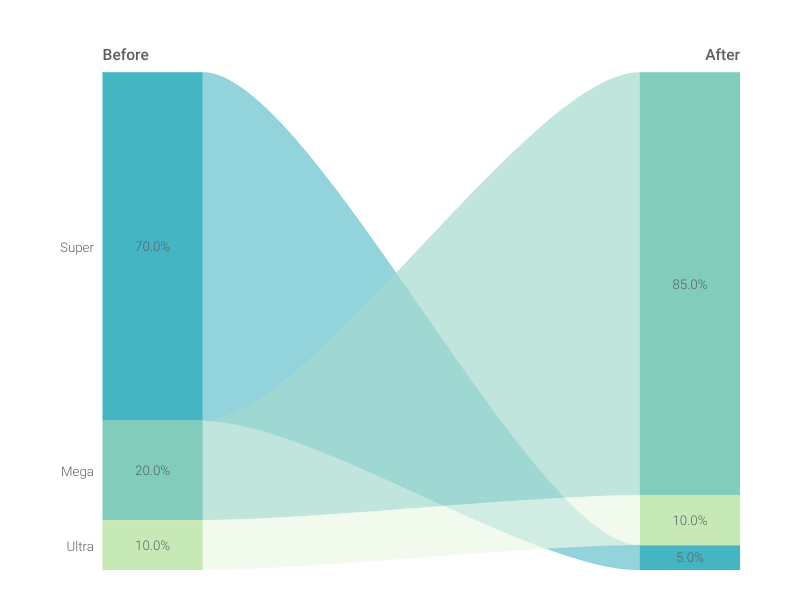 This is an example of Vizzlo's “Value Projection”

Use a value projection to compare the values of different categories in two different moments.